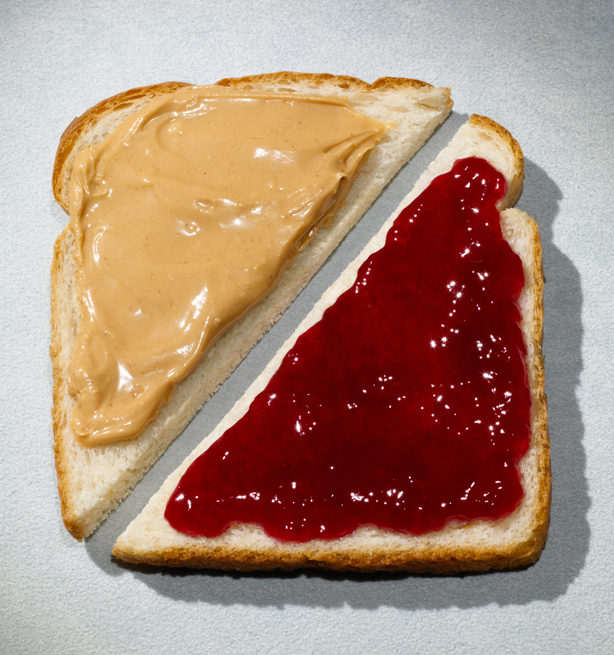 The peanut butter and jelly sandwich (PB&J) is a sandwich popular in North America that includes a layer of peanut butter and either jam or jelly on bread, commonly between two slices, but sometimes eaten open-faced. A 2002 survey showed the average American will have eaten 1,500 of these sandwiches before graduating from high school. While ancient cooks often used finely chopped nuts in baking and cooking, prepared peanut butter was not manufactured until the late 19th century; it was originally considered a health food. Ancient cooks made fruit preserves, while jellies and jams were introduced in the 15th century (sugar was not plentiful or cheap). In 1901, Julia Davis Chandler published the first reference to a peanut butter and jelly sandwich.