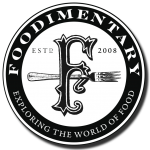 1765 Eli Whitney was born. Inventor of the cotton gin, but more important he developed the concept of mass producing interchangeable parts.

1896 J.T. White was issued a patent for an improved lemon squeezer.

1925 The Marx Brothers ‘The Cocoanuts’ opened on Broadway.

1976 ‘Hotel California’ was released by The Eagles. One of the best selling albums of all time. (An album is what we had before CDs).

2006 A smoking ban in all bars and restaurants in Nevada goes into effect.