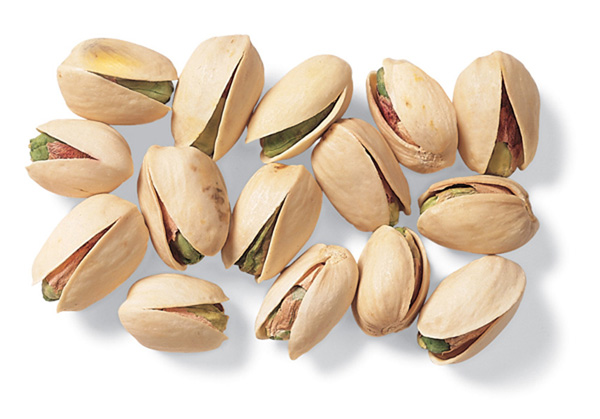 1. Pistachio nuts are a member of the cashew family, related closely to mangos, sumac and even poison ivy.

2. Iran produces more pistachios than any other country in the world with over 200k tons per year.

3. In Asia they are often referred to as ‘green almonds & the ‘happy nut’. In Iran they are called the ‘smiling nut’

5. All pistachio shells are naturally beige in color. Many companies dye inferior nuts red or green.

“Today’s mighty oak was once a single nut who held it’s ground.”~Mark Twain