A History of Fondue

The delicious dish that we know as Fondue was actually invented out of necessity in the 18th century. Swiss villagers, separated from large towns by the long, freezing winters, were rarely able to enjoy fresh food. Instead, most of the villagers relied on foods like bread and cheese, which were made in the summer and had to last through the fall and winter months. 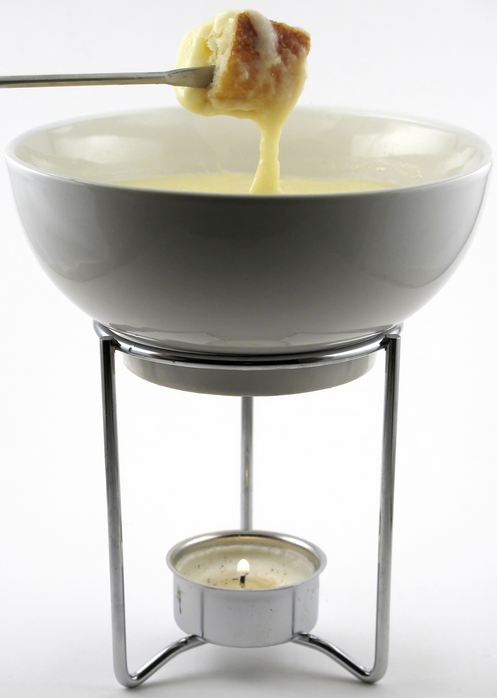 Stale cheese (and bread for that matter) becomes very hard and doesn’t taste that pleasant. The villagers found if they heated the cheese over a fire it improved the taste and was much easier to eat. Furthermore, they discovered that the hard bread would soften when dipped into the cheese.
Soon they began mixing in wine and other seasonings to transform old cheese and bread into a flavorful meal. Fondue was born.

The poorer villagers didn’t have the luxury of enough eating utensils, and they also had to gather around the fire to stay warm. These two factors probably explain why fondue is eaten out of one pot. To this day, fondue has the connotation of a communal meal.

During the sixties and seventies, people latched on to this communal image, and fondue dinner parties were extremely popular. Today fondue is enjoying a rebirth of sorts and has once again become fashionable. 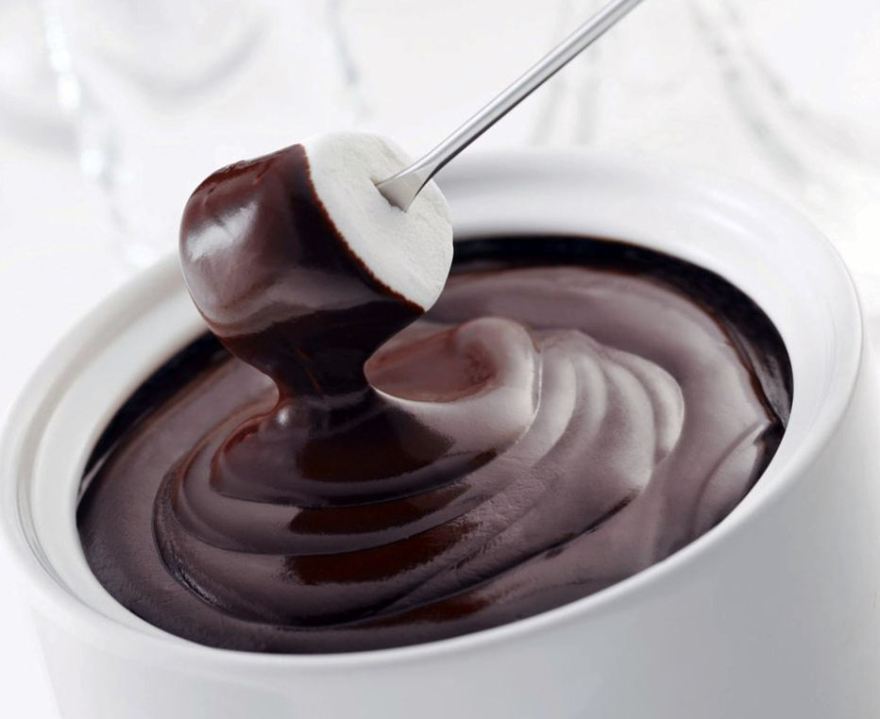