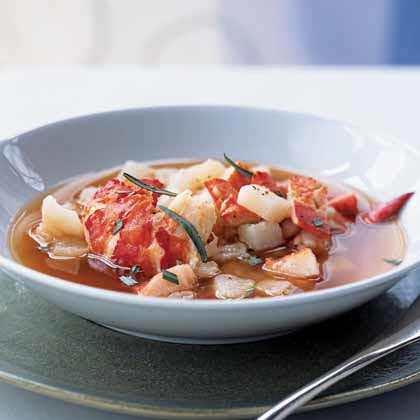 1503 Nostradamus was born. Astrologer and cookbook author. He is best known for his book of prophecies ‘Centuries Asrtologiques’ published in 1555. However, in the same year he also published ‘Excellent er Moult Utile Opuscule a tous necessaire qui desirent avoir connaissance de plusieurs exq uises recettes’ (‘An excellent and most useful little work essential to all who wish to become acquainted with some exquisite recipes’).

1795 John Bloomfield Jarvis was born. A civil engineer, he designed and built the Boston Aqueduct and the 41 mile long Croton Aqueduct (New York City’s water supply for over 50 years from 1842).

1943 John Harvey Kellogg died. A physician, vegetarian and health food pioneer. He was superintendent of the Battle Creek Sanitarium, where he developed the first breakfast cereals for his patients, Granose (granola) and toasted flakes. His brother, William K. Kellogg founded the Battle Creek Toasted Corn Flake Co. to produce cornflakes.

1968 ‘I Heard It Through the Grapevine’ by Marvin Gaye hits number 1 on the charts.

2006 A bar owner in Bethalto, Illinois was charged with violating the liquor code and obscenity laws. The bar filled a children’s inflatable pool with mashed potatoes and staged wrestling matches. The violations came about when several of the female ‘wrestlers’ were rumored to have lost some of their garments to the surrounding carbohydrates.