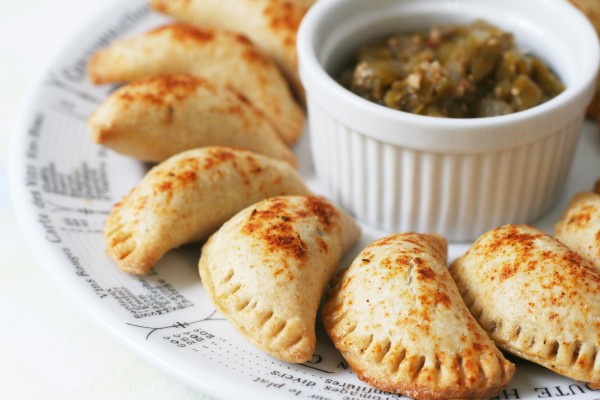 The bolani is an Afghan variant of the empanada. Bolanis are flatbreads stuffed with vegetables such as spinach or potato. They are served in the evenings during the Muslim feast of Ramadan as well as at other times.

Bolivian empanadas are made with beef, pork, or chicken, and usually contain potatoes, peas and carrots, as well as a hard-boiled egg, an olive, or raisins. They are called salteñas and are moon-shaped pouches of dough customarily seamed along the top of the pastry.

Empanadas are known as panada or pastel in Indonesia. The panada, has thick crust made of fried bread, giving it bread texture and is filled with spicy tuna and chili peppers. The pastel has thin crust and a fillings typically made of finely diced potatoes, carrot, green onions, chicken, garlic, and glass noodles.