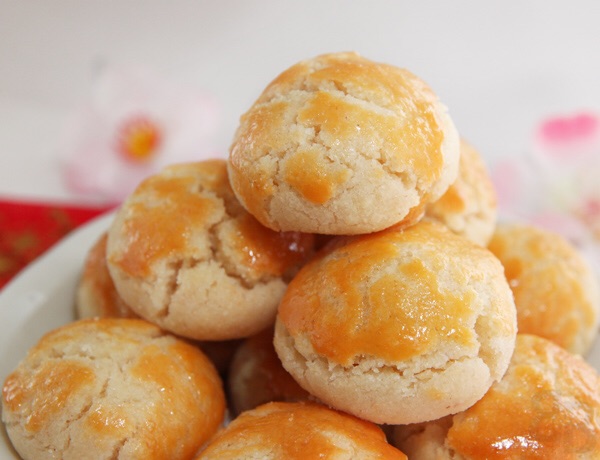 Typical to southern and southeastern China, these almond cookies are usually enjoyed around Chinese New Year, and are given as gifts to family and friends.

In some Chinese restaurants, they are served to cleanse the palate after several courses, rather than being regarded as a dessert.

Yuan-Shan Chi declared these cookies “as Chinese as blueberry pie.”