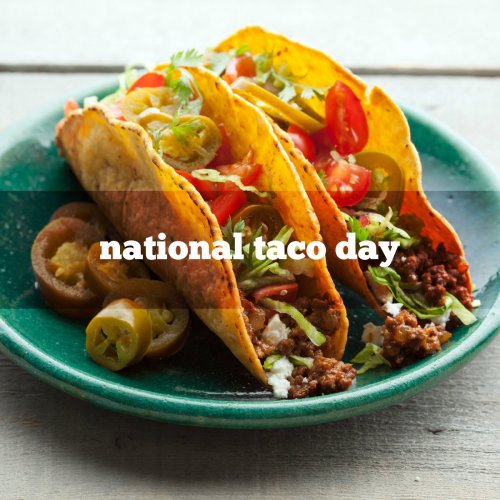 Here are today’s five thing to know about Tacos:

The word taco started in the 18th century silver mines in Mexico. Back then, a taco was just some paper wrapped around gunpowder.

Taco Bell has tried to enter the Mexican market twice, failing both times, even after branding their food “American” food.

In 1914, the first recipes for tacos were put into an English cookbook.