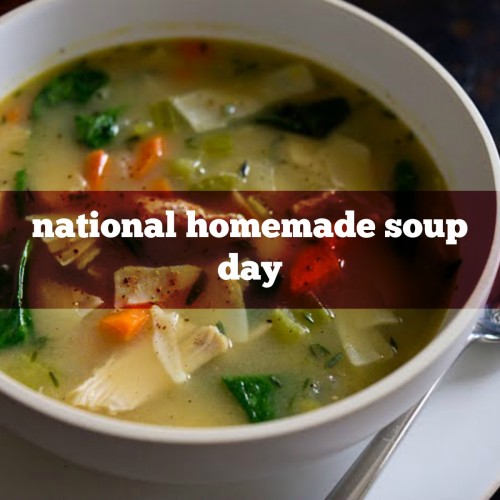 Here are today’s five thing to know about Homemade Soup:

Daily Quote: “Of soup and love, the first is the best.” ~ Spanish proverb