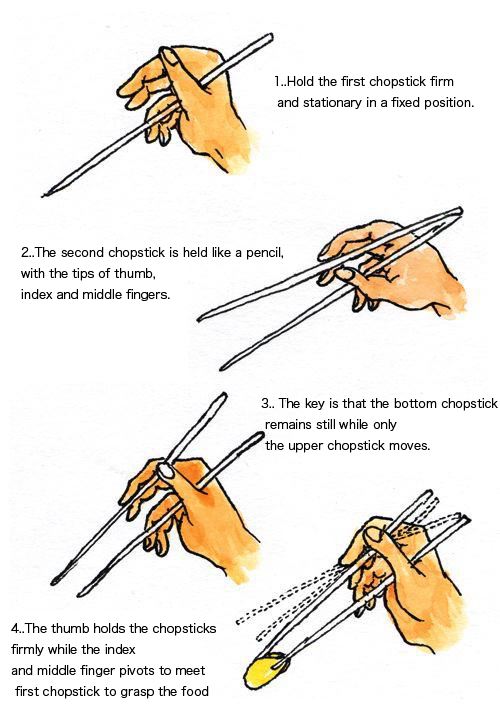 Try it, over a billion people like it! You may think that eating with sticks is an odd thing to do, but consider this. Chopsticks have been around thousands of years while the fork  and spoon were not introduced to North America until the early 1700’s and not common used until around the time of the American revolution. Before then people or all economic condition would eat with their hands or drink from their bowls. Chopstick is an efficient way to get food to from the plate to your month. No hands necessary.

Here are today’s five thing to know about Chopsticks:

Daily Quote: “You do not sew with a fork, and I see no reason why you should eat with knitting needles.” ~Miss Piggy