Here are today’s five things to know about gingerbread:

The “gingerbread house” became popular in Germany after the Brothers Grimm published Hansel and Gretel in the 19th century.

The term gingerbread is from the Latin term zingiber via old French gingebras, meaning preserved ginger. 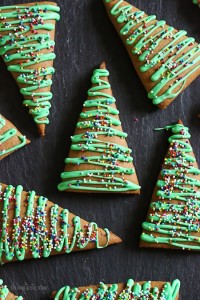 Catholic monks used to make gingerbread in the shape of angels and saints.

A doctor once wrote a prescription for gingerbread to the Swedish King Hans to cure his depression.

Queen Elizabeth I is credited with the first gingerbread men.