Here are today’s five things to know about parfaits:

Parfait is a French word that means perfect. 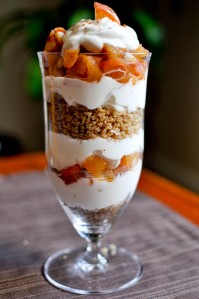 It is often served in a tall, clear glass and topping creation with whipped cream and fruit.

The oldest recipe with the name parfait comes from a French cookbook dated 1869.

French style parfait is served on decorated plates instead of tall, thin glassware.