Here are today’s five food things to know about chocolate:

Theobroma, the scientific name of the tree that chocolate comes from, means “food of the gods.”

Chocolate was consumed as a liquid and not a solid for nearly all of it’s history.

Ruth Wakefield, the inventor of the chocolate chip cookie, sold her recipe to Nestle for a lifetime supply of chocolate.

The first chocolate bar was invented in 1847 by Joseph Fry. 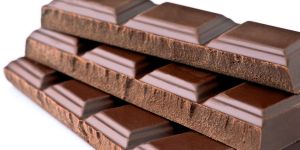 1843 Charles Dickens’ ‘A Christmas Carol’ was published. It contains numerous and elaborate descriptions of Christmas food and dinners.
“Oh! All that steam! The pudding had just been taken out of the cauldron. Oh! That smell! The same as the one which prevailed on washing day! It is that of the cloth which wraps the pudding. Now, one would imagine oneself in a restaurant and in a confectioner’s at the same time, with a laundry nest door. Thirty seconds later, Mrs. Cratchit entered, her face crimson, but smiling proudly, with the pudding resembling a cannon ball, all speckled, very firm, sprinkled with brandy in flames, and decorated with a sprig of holly stuck in the centre. Oh! The marvelous pudding!”

1892 The first performance of Tchaikovsky’s ‘The Nutcracker’ in St. Petersburg.

1940 ‘Corn Silk’ was recorded by Guy Lombardo and his Royal Canadians.

1948 Jim Bonfanti of the music group ‘The Raspberries’ was born