The cream puff is also know as “profiterole.” 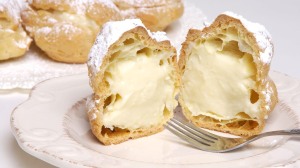 While the origin is obscure, the cream puff was introduced in France by Caterina de Medici, the wife of Henry II of France. 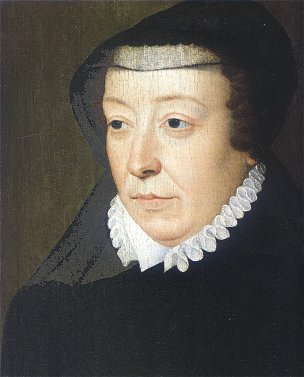 The “cream puff” first appeared on US restaurant menus since 1851. 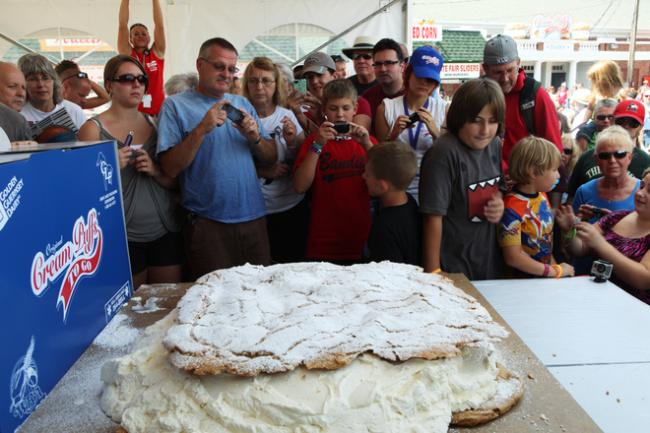 The Wisconsin State Fair is known for producing cream puffs since 1924. 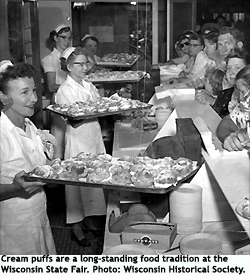