Here are today’s five things to know about the apricot:

2. The apricot, discovered about 4,000 years ago in China, was introduced to the United States in the 18th century.

3. Brought to California by Spanish explorers, the apricot quickly became a popular crop. 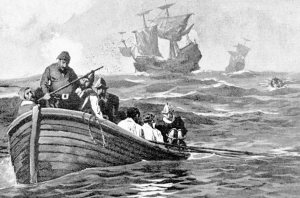 4. Today, apricot farmers in California produce more than 95 percent of the apricots grown in the United States.

5. Choose an apricot that’s plump and that responds to the slight pressure of your thumb. It should be slightly soft.