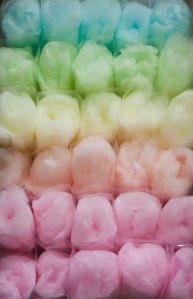 The process by which cotton candy is made has been around for over 100 years.

It was forgotten several decades ago, but cotton candy became an instant hit when suddenly it was mass produced and became readily accessible to everyone – not just for those attending the fair or circus. 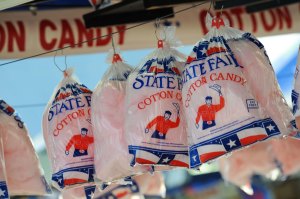 Cotton candy doesn’t contain all that much sugar – merely as much sugar as one would get drinking a can of an average soft drink.

Spun sugar has been around since the 17th century!

Today’s Food History on this day: