Here are today’s five thing to know about liquor:

The first cocktail party was held for 50 house guests in St. Louis in 1917. The house still stands today….as the  residence of the Archbishop.

While Prohibition resulted in a decline in alcohol it also resulted in a dramatic increase in crime as money flowed to the bad guys. Crime rose as high as 500%. 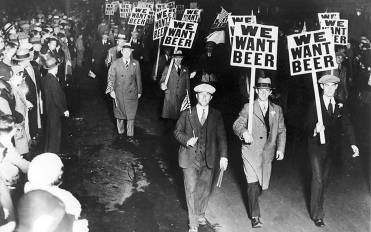 Calling an illegal bar a ‘speakeasy’ came from a lady barkeep who would warn her customers to “speak easy, boy, speak easy” whenever they became loud enough to attract police.

Prior to Prohibition, America was enjoying its first golden age of mixology. Once liquor became illegal, ‘rum runners” brought it in by boat but watered down their blends so they could ship less and make more.

At the same time, gin and vodka replaced rum and whiskey as cocktail ingredients because they didn’t require as much aging and were easier to make illegally.