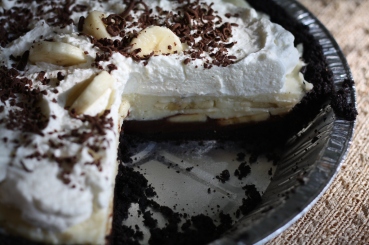 The english variation of the banana cream pie is called the “Banoffee Pie” and it contains banana and toffee.

Bananas are proven to be great after a strenuous workout!

Bananas can help defend against anemia.

Today’s Food History
◦ 1799 The first U.S. weights and measures law was passed by Congress. Actually it did not set standards, but rather required the surveyor of each port to test and correct the instruments and weights used to calculate duties on imports. Basically each surveyor was on his own in setting the standards to be tested.
◦ 1887 Harry E. Soref was born. Inventor of the laminated steel padlock, founder of the Master Lock Company in 1921. The company became well known in 1928 when it shipped 147,600 padlocks to federal prohibition agents in New York for locking up speakeasies they raided.
◦ 1904 Dr. Seuss (Theodor Seuss Geisel) was born. Writer and cartoonist. A few of his childrens books were ‘Green Eggs and Ham,’ ‘One Fish Two Fish Red Fish Blue Fish,’ ‘Scrambled Eggs Super!’ and ‘The Butter Battle Book’