1. What is falafel made of?

Falafel is made of soaked chickpeas, garlic, coriander, cumin, salt and pepper. It is served in a pita bread with hummus, Iraqi fried eggplant, french fries and anything of your choice.

2. The origin of the Falafel

There is a long going debate of where did falafel originated from. One of the theories suggests that it was invented about thousand years ago in Egypt, others say that its origin dates back to Ancient India or Pharaonic Egypt. No matter what the theories say, the fact is that falafel is one of the favourite dishes in the Middle East.

3. Falafel is high in nutrition

Falafel is high in protein, fiber and complex carbohydrates. Chickpeas are low in fat and contains no cholesterol. And so many nutrients – iron, magnesium, phosphorus, potassium, zinc, copper, manganese, vitamin C, thiamine, pantothenic acid, vitamin B, and folate.

4. Falafel is the second most common dish made of chickpeas

After hummus, falafel is the second most common dish made of chickpeas out there. More and more people are eating it as it becomes more popular around the globe.

Falafel became highly popular by Yemeni Jews in Israel in 1950s. They brought with them deep fried balls made of chickpeas from Yemen that were served in a pita or wrapped in a flatbread. It is commonly considered to be a national dish in Israel. 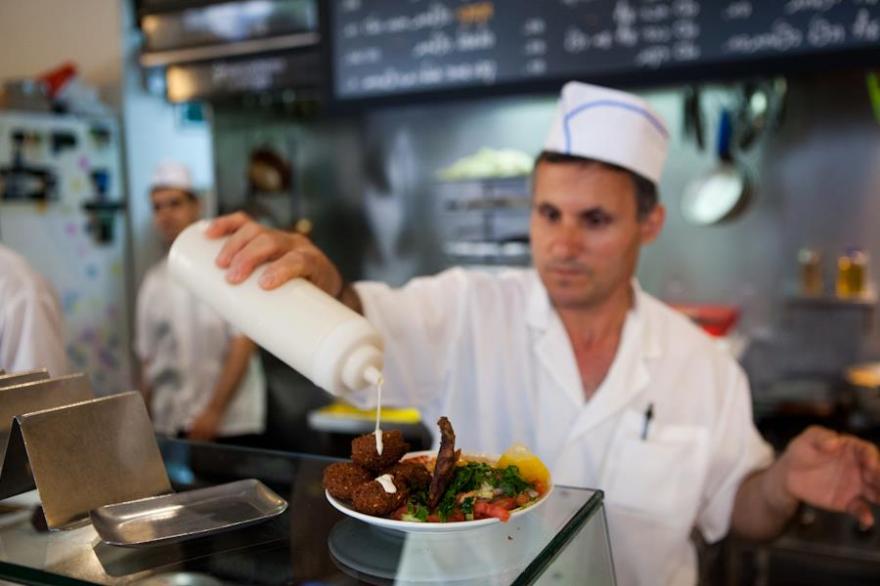